Research “For the Sake of People": Early Social Entrepreneurs

A program of internally supported research was initiated. Its objective was to stimulate creative new ideas with potential for external sponsorship. But improving the human condition wasn't exactly a new idea at EES:

The late 1960s were a period of student unrest on many college campuses. University research centers that performed sensitive U.S. Department of Defense work were often targeted by students. But at Georgia Tech, all was quiet. "I thank our conservative student body for that," said EES Director Maurice Long, in 1968.

Long, one of the architects of Georgia Tech's world-class reputation in radar and wave propagation, brought an emphasis on graduate education. "I've always thought of a research organization to be like a university hospital — a teaching organization," he explained. Along those lines, he added, came the idea that an effective research organization like EES must nurture a multidisciplinary approach.

A number of private companies, as always, sought EES’ assistance to solve a variety of problems in the 1960s. Among the diverse projects were:

One of the most unusual projects involved Loveable Brassiere Company. It retained EES to help with bra design. 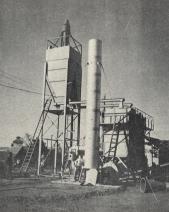 The history of GTRI is one filled with intrigue, innovation and impact. Learn about GTRI's exciting past, present and future. View video
< A Time of Transition - the 1960sUpEES Defends its Independence >