GTRI has engineered an impressive record of achievement and service over the years documented here — a history that serves as a prologue for the decades to come. In the years ahead, GTRI Director Stephen Cross planned to continue pressing for further diversification of GTRI's research portfolio.

Part of GTRI's future, as Cross saw it, was to take technological solutions originally developed for the federal government and apply them for the greater good of Georgia.

Cross also intended to elevate GTRI's strengths to the next level by becoming the research leader in the industries it already served. This would require new strategic alliances and new models for working with industry, he explained.

A leadership role would also position GTRI to "help to set the direction where the research is going," Cross added. "If we are the ones who get to define what the open research issues are, we should be in a good position for being able to do the research. Instead of being a fast follower, we want to be the leader, we want to be the ones who set the agenda."

Cross outlined a strategic vision that emphasizes GTRI's intellectual resources — hiring the best researchers and support staff, developing their potential as mentors and leaders, and ensuring their well-being with competitive salaries and improved career planning.

From the management side, in addition to increasing and diversifying its markets, the viability of GTRI's future would rely on improved fiscal discipline, plus investment in a 10-year modernization plan and the establishment of an endowment.

From a historical perspective, one of the most far-reaching aspects of the strategic plan called for both academic and research colleagues to work together "as one Georgia Tech." It's a theme Cross invoked often. "We don't think of GTRI and Georgia Tech as two separate organizations."

From a research perspective, the dividing line between the two had become indistinct on purpose. "Over the past couple of years, we've started to do more collaborative projects with the colleges," he continued, citing the example of new collaborative relationships with the College of Engineering, the Sam Nunn School for International Affairs, and the College of Sciences for the purpose of working on defense and security projects.

"I like to say there's just one Georgia Tech," he added. "We operate as one cohesive unit. The sum is greater than the parts." 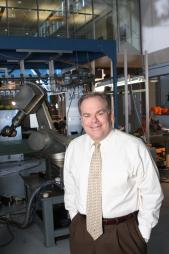 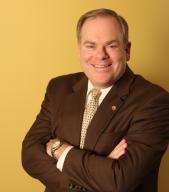 The history of GTRI is one filled with intrigue, innovation and impact. Learn about GTRI's exciting past, present and future. View video
< Defining the FutureUp