At the start of the 1970s, EES found itself dealing with financial challenges. A decline in federal spending, coupled with cuts to the space program, was exacerbated by state support cut almost in half.

In addition, a decades-old debate over the relationship between EES and Georgia Tech flared anew. EES prized its independence, but Georgia Tech stood to gain both financially and academically by absorbing EES into its academic programs.

Georgia Tech President Arthur Hansen advocated EES’ complete integration. EES Director Maurice W. Long dug in his heels for what was to become a classic university turf war. He pointed out to the Board of Regents of the University System of Georgia that EES was a creation of the General Assembly; therefore, Georgia Tech administrators had no authority to meddle with its basic mission.

Long and his supporters scored a victory of sorts in July 1971, when Hansen resigned to become president of Purdue University. His temporary replacement was James Boyd, a former EES director and physics professor who had become a senior administrator in the chancellor's office.

Boyd stopped plans for the merger between EES and Georgia Tech. He decided that Dean of Engineering Tom Stelson would oversee an EES reorganization. Over the next few years, EES and Georgia Tech academic units more aggressively solicited research contracts and worked together.

Although it took years for the idea to fully catch hold, the strategy paid off almost immediately. Despite a sluggish research picture for the country as a whole, fiscal year 1970-1971 brought new contracts and grants for EES, totaling a record $5.2 million.

The number would climb throughout the decade, particularly in environmentally-related research and solar energy, and other alternative energy sources. The work was anchored by EES’ established expertise in near-field antenna research, threat radar systems, millimeter wave technology, and defense electronics.

The trend was clearly moving toward applied, problem-solving research rather than basic scientific inquiry. The lion's share of EES’ work was related to defense. 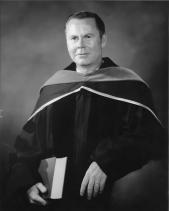 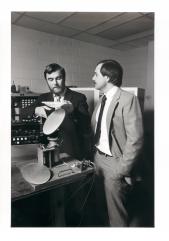 The history of GTRI is one filled with intrigue, innovation and impact. Learn about GTRI's exciting past, present and future. View video
< Research “For the Sake of People": Early Social EntrepreneursUpChange at the Top: The Grace Years >