Robert McGrath, Ph.D., served as vice president at the Georgia Institute of Technology and director of the Georgia Tech Research Institute (GTRI).

Dr. McGrath was recruited in 2012 to serve on the Defense Science Board’s Study on Technology and Innovation Enablers for Superiority in 2030. He also served as an officer of the Georgia Tech Applied Research Corporation and regularly advised other universities on research strategies and management.

Prior to joining GTRI in 2011, McGrath worked in a variety of capacities with Battelle Memorial Institute supporting energy research and development (R&D) programs, national laboratory/university partnerships, STEM education initiatives, and the Battelle-managed National Renewable Energy Laboratory, where he served as deputy director.

From 2004 to 2008, McGrath served as senior vice president for research at The Ohio State University, and was a tenured professor in material science and engineering, and physics. Under his leadership, Ohio State's R&D grew dramatically, enabling Ohio State to climb from 18th to ninth in the nation in terms of overall R&D among U.S. academic institutions. During his tenure, Ohio State's ranking for industry-sponsored research also rose from 6th to second in the nation, and Ohio Gov. Ted Strickland appointed McGrath to serve on the Third Frontier Advisory Board, where he managed the state's $1.6 billion technology investment fund for stimulating innovation and jobs.

Throughout his career, McGrath was a passionate contributor to and supporter of STEM education at the graduate and undergraduate levels, as well as at the K-12 levels. While in Ohio, McGrath was part of the Ohio State/Battelle/Columbus School District partnership that established the very successful Metro High School, with this model now being replicated in multiples sites across Ohio and elsewhere in the U.S. through a generous grant from the Bill & Melinda Gates Foundation.

Between 1996 and 2004, McGrath was a professor of engineering at Penn State University, where he also served as associate vice president for research, director of strategic & interdisciplinary initiatives, and director of the Marine Corps Research University.

From 1981 through 1998, McGrath worked for Sandia National Laboratory in Albuquerque, New Mexico, where he directed programs, such as cooperative research and development with SEMATECH on microelectronics manufacturing, high performance computing applications, and international collaborations with Japan, Europe and the former Soviet Union on plasma-materials interactions and engineering of high heat flux components for magnetic fusion reactors.

McGrath received his Ph.D. in nuclear science and engineering from the University of Michigan and earned bachelor's and master's degrees from Penn State University in engineering sciences, mathematics, and physics.

He has authored more than 60 journal publications, many with the numerous graduate students, postdoctoral fellows, or junior researchers who have worked under his direction. He has similarly authored more than 80 published abstracts and conference presentations, in addition to numerous technical reports. 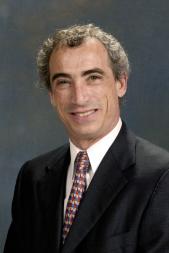 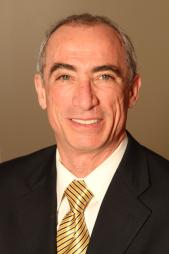 The history of GTRI is one filled with intrigue, innovation and impact. Learn about GTRI's exciting past, present and future. View video
< Thomas A. McDermott (Interim)UpDr. Andrew Gerber >