EES set a new record during fiscal year 1970-71 of $5.2 million in contracts and grants despite an economic recession that forced deep government spending cuts and corresponding cost-cutting measures at EES.

A Champion for EES

Long, who at the same time served as associate dean for research, faced one of EES's biggest challenges. Georgia Tech President Arthur Hansen wanted to absorb EES into the university. In March 1971, engineering Dean Thomas Stelson was put in charge of developing a reorganization plan, with an implementation deadline of July 1. Long resisted the move, which he felt compromised the effectiveness of EES.

He took advantage of every opportunity to advance his case publicly, including the 1970-71 annual report. Long lauded the work of a task force on "Technology, the Environment and Economic Growth," the purpose of which was to identify new opportunities for EES research. Long advocated EES as a "Great and outstanding asset for the state" and a critical economic engine.

The complete integration of the EES and Georgia Tech didn't happen. Hansen resigned in the summer of 1971 and was replaced on an interim basis by James Boyd, a former EES director who was sympathetic to maintaining EES independence. Stelson promulgated a more limited reorganization plan that strengthened EES' situation.

30 Years of Innovation with Georgia Tech

As an electrical engineering senior in 1946, Long started a Georgia Tech career that lasted nearly 30 years. His specialty was radar.

Long was then promoted to director of the Electronics Division, where he would serve for the next nine years. He retired as director of the EES in 1975 and began a second career as a consulting radar engineer and physicist.

For more, visit the Wikipedia article on Maurice W. Long. 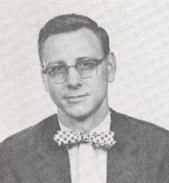 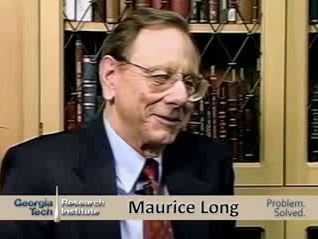 Dr. Maurice Long, EE '46, PhD Physics '59, was director of EES from '68 to '75. He recalls his own hiring at the Research Center as a student. He comments on the valuable contributions that students make and the experience they gain. Feb 27, 1996

The history of GTRI is one filled with intrigue, innovation and impact. Learn about GTRI's exciting past, present and future. View video
< Wyatt C. WhitleyUpThomas E. Stelson (acting) >