Dr. Lora G. Weiss was the Senior Vice President (interim) of the Georgia Institute of Technology and the Director (interim) of the Georgia Tech Research Institute (GTRI). As Director of GTRI, Dr. Weiss led more than 2,000 people and $450 million in applied research and development primarily focused on advancing capabilities for the defense and intelligence communities. Prior to being named Director, Dr. Weiss was GTRI's Chief Technology Officer, where she was responsible for the portfolio of independent research and development investments.

Dr. Weiss’ personal research is on the design, development, and implementation of technologies for unmanned and autonomous systems and the associated signal processing. For more than 25 years, she has been responsible for advancing capabilities of systems spanning the domains of unmanned air, ground, sea surface, and undersea systems. She has been the author of a continuous stream of highly regarded journal publications, including her 1994 seminal paper on the cover of the internationally renowned IEEE Signal Processing Magazine and again in 2011 for her cover story in IEEE Spectrum.

Dr. Weiss was on the Board of Directors for the Association of Unmanned Vehicle SystemsInternational (AUVSI), which is the world’s largest unmanned systems organization. She was on the technical advisory board of the National Robotics Technology Consortium, and she currently chairs the international ASTM Committee on Unmanned Maritime Vehicle Autonomy and Control. Dr. Weiss was a member of the Steering Committee for the Information Science and Technology Study Group for DARPA. She was an Executive Board Member for NDIA’s Undersea Warfare Division and supported the National Academies’ Naval Studies Board on mainstreaming unmanned underwater vehicles into the Navy and on multi-domain autonomous systems for US Naval forces. She also supported the Center for New American Security’s Future Foundry Task Force.

In 2012, Dr. Weiss received the AUVSI Foundation Award for Academic Champion. In 2012, she also received Georgia’s Women in Technology Woman of the Year Award for Medium-Sized Businesses, and in 2013, she received a Letter of Commendation from the Chief of Naval Operations Strategic Studies Group.

Dr. Weiss holds a patent for an unmanned underwater vehicle. She has provided a testimonial to the Science and Technology Committee of the Georgia House of Representatives and has provided presentations to House Armed Services Committee Staff, Seapower and Expeditionary Forces Subcommittee Lead. She has also been the principal investigator (PI) on programs sponsored by organizations such as DARPA, the Office of Naval Research, and other DoD organizations. 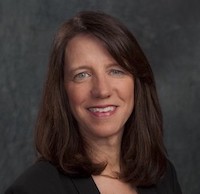 The history of GTRI is one filled with intrigue, innovation and impact. Learn about GTRI's exciting past, present and future. View video
< Dr. Andrew GerberUpDr. James J. Hudgens >