The Lawrenceville, Georgia-based company was founded in 1952 by seven GTRI engineers who parlayed their antenna expertise into a manufacturer of electronic test equipment for antennas for the space and defense industries.

When Ecker joined the company in 1976, Scientific-Atlanta was riding high atop the crest of the growing cable television industry through its development of satellite earth stations and other cable TV system components.

Some 30 years later, Ecker was convinced the next stage in television's evolution is internet protocol television (IPTV), a system where digital television service is delivered over a broadband network infrastructure similar to that used by computers. IPTV would provide high-quality video and other multimedia services, including a high level of interactivity.

Ecker backed his conviction in 2008 with a five-year commitment to early-stage IPTV development through Tech Ireland, which was GTRI's overseas facility, and an emerging global center for digital media research and development.

"I believe IPTV is going to be a major force in the telecommunications industry in the way in which television will be delivered to consumers," Ecker said in an interview. "GT Ireland is providing a very good foundation for this important new technology for the future delivery of television."

A Georgia Tech and GTRI Legend

Ecker earned his undergraduate degree and master's in electrical engineering at Georgia Tech in 1957 and 1958, respectively, and a Ph.D. in EE from Ohio State University in 1965. While a student at Georgia Tech, Ecker played football under Bobby Dodd, helping the Yellow Jackets secure victories in the Cotton, Sugar, and Gator Bowls. As a senior, he was an all-conference selection, a second-team all-American, and an academic all-American.

Ecker's legacy of technical innovation at Scientific-Atlanta includes his leadership of a team to develop a digital TV cable network. At his direction, the group looked beyond video and audio encoding to implement a system-based approach that delivered a complete two-way packet network. This system would provide video and audio encoding as well as conditional access, a digital network control system, and the two-way signaling needed for ITV. Ecker ensured a standards-based solution by having his team work to develop the DAVIC and DSMCC standards, and he collaborated with other industry leaders to establish MPEG-2 as the cable industry standard for digital video, audio, and packet transport. Following the completion of these landmark technical developments and the first MPEG digital system deployment, Scientific-Atlanta was awarded Emmys in 2007 and 2008 for its pioneering efforts in digital television

Ecker's share of the gold statuettes highlights an already impressive roster of honors. A fellow of the Institute of Electrical and Electronics Engineers, he was selected as 1995's Innovator of the Year by Southeastern Cable Television Association, and in 1999 was inducted into the Technology Hall of Fame of Georgia for his significant contributions to the state's high-technology community. He also is an inductee of Georgia Tech’s Academy of Distinguished Engineering Alumni and the Georgia Tech Athletic Hall of Fame. In 2005, he was named Atlanta Telecom Professional of the Year as well as the recipient of the Lifetime Achievement Award for Innovation, both from the Atlanta Telecom Professionals.

Ecker was instrumental in the establishment of the Georgia Center for Advanced Telecommunications Technologies and was elected its first chairman of the board. In addition, he has served on External Advisory Boards for both GTRI and the Georgia Tech School of Electrical and Computer Engineering and presently sits on the Georgia Tech Foundation Board of Trustees. 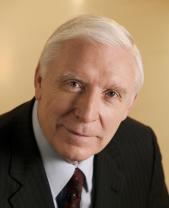 The history of GTRI is one filled with intrigue, innovation and impact. Learn about GTRI's exciting past, present and future. View video
< Glen P. Robinson Jr.Up