A wireless captioning system developed at GTRI could substantially improve the quality of life for the estimated 28 million Americans who are deaf or hard of hearing. The system allows users to receive, via an electronic display device, information that is audibly presented in a variety of public venues, including movie theaters, museums, playhouses, schools, government meetings, sports arenas, transit stations, and places of worship.

It could also transmit extra information like statistics at a sporting event. And because the GTRI system can transmit multiple text streams, it may also be used for language translation.

The system is fully customizable and discreet and can be used in any public venue willing to provide captioning. The public venue operates the transmitter. The patron can either borrow the receiver and display from the venue or bring his or her own. Wireless-enabled personal digital assistants (PDAs) and laptop computers can serve as receivers and displays.

Another option is a micro display that plugs into a PDA and attaches to eyeglasses or is worn on a headband. Although positioned close to the eye, the micro display's optics make its screen appear to float several feet away, giving users relaxed viewing of text seemingly overlaid on their visual field.

Captions can be pre-recorded, or text can be generated in real time with a shorthand typing method, such as Communication Access Real-Time Translation (CART). Improvements in voice recognition technology could provide another captioning source in the future.

One form of wireless captioning is already available in a limited number of movie theaters. The GTRI project expanded the idea by building upon wireless network technology often found at baseball stadiums, coffee shops, restaurants, and many urban business districts.

Many projects at the Wireless Rehabilitation Engineering Research Center (RERC) follow the concept of universal design, meaning that technology or design that accommodates disabled people is automatically easier for everyone to use. Some of the innovations created or underway at the Center include:

The Wireless RERC promotes access to these technologies for everyone. In addition to  research and development, it delivers information to policymakers and industry. 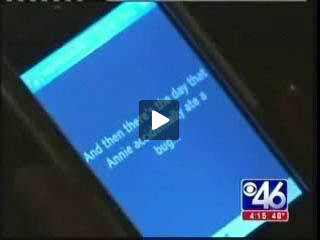 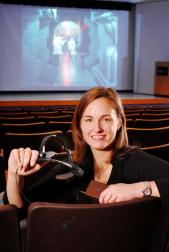 The history of GTRI is one filled with intrigue, innovation and impact. Learn about GTRI's exciting past, present and future. View video
< Building natural movement into prostheticsUpChemical Companion aids critical decision making >