Software completed at GTRI in 2004 plays an important role in keeping children safe. The Global Justice XML Data Model is the foundation of a U.S. Department of Justice initiative designed to facilitate sharing of criminal justice information among local, tribal, state, national, and international agencies. The best-known of these initiatives is the AMBER Alert system.

The first three hours after a child is reported missing are critical, according to law enforcement experts. The AMBER Alert system is a voluntary partnership among law enforcement agencies and the media to provide information to the public as quickly as possible following verification that a child is missing or abducted.

Wandelt and other researchers in GTRI’s Information Technology and Telecommunications Laboratory provided engineering support and technical guidance for the new system as part of a broad-based collaboration involving dozens of agencies and industry partners.

The XML initiative involves three major components: an object-oriented data model, a data dictionary, and XML schema specification. The data model and dictionary are part of the common "vocabulary" used by different computer systems to describe data objects to be shared. By using these standardized definitions, software scripts automatically translate information as it passes from one system to another.

"By providing a common language and vocabulary, the XML initiative allows agencies to efficiently share data while continuing to maintain their own data and operate their own computer systems," Wandelt explained. "This avoids the cost and compatibility issues that would be involved in trying to develop a single unified national network. It also provides a foundation that individual agencies can use to develop compatible systems without having to re-invent key elements."

The standardized data objects were chosen by representatives from the agencies and industry partners that have been working together since March 2001. In addition to upgrading the capabilities of the AMBER Alert system, the XML Data Model is used in more than 50 other information-sharing efforts. 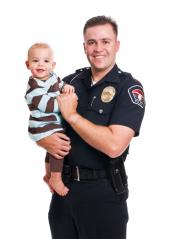 The history of GTRI is one filled with intrigue, innovation and impact. Learn about GTRI's exciting past, present and future. View video
< Microflyer creates quite a flapUpGiving new life to old technology >