Leading our standards of excellence

Since its inception, the Georgia Tech Research Institute and its predecessor, the State Engineering Experiment Station, have attracted our nation’s foremost innovators. Their accomplishments have enabled GTRI to do everything that it does today.

GTRI was instrumental in founding the technology organization, Scientific-Atlanta. Today, at least 100 high-tech Atlanta companies can trace their roots to ScientificAtlanta. To learn more, select the following link:

The Georgia Tech Living History Program has also captured the stories of a number of influential GTRI researchers and administrators who retired after long and successful careers. Through the following video clips, these individuals share some of their most memorable EES/GTRI stories. 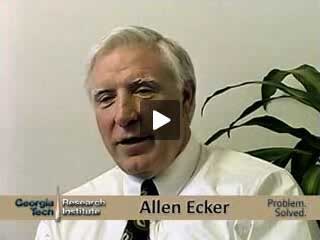 Dr. H. Allen Ecker, EE 1957, MS EE 1959, remembers his early days at EES, how his career flourished and the introduction of biomedical electronics into the research. It was recorded on February 28, 1996. 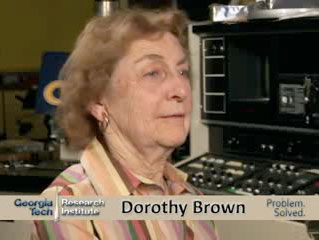 Physicist Dorothy Brown worked for EES/GTRI at two periods in her life from 1975 through 1989 and included work at the former Lockheed Facility. She recalls the move to what is now called the GTRI Cobb County Research Facility. Recorded Sep 9, 2008 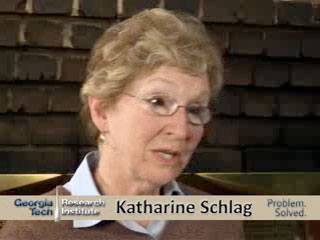 Kathy Schlag, MS AM 1977 and MS IE 1980, recalls the various stages of her career with GTRI as she gained experience and earned her degrees. Her story was recorded on February 06, 2008.

The history of GTRI is one filled with intrigue, innovation and impact. Learn about GTRI's exciting past, present and future. View video
W. Harry Vaughan >